With the latest release, there were some pretty significant visual updates (and audio). Additionally a couple of new units have been added. Here are some before and after shots of some of the models. 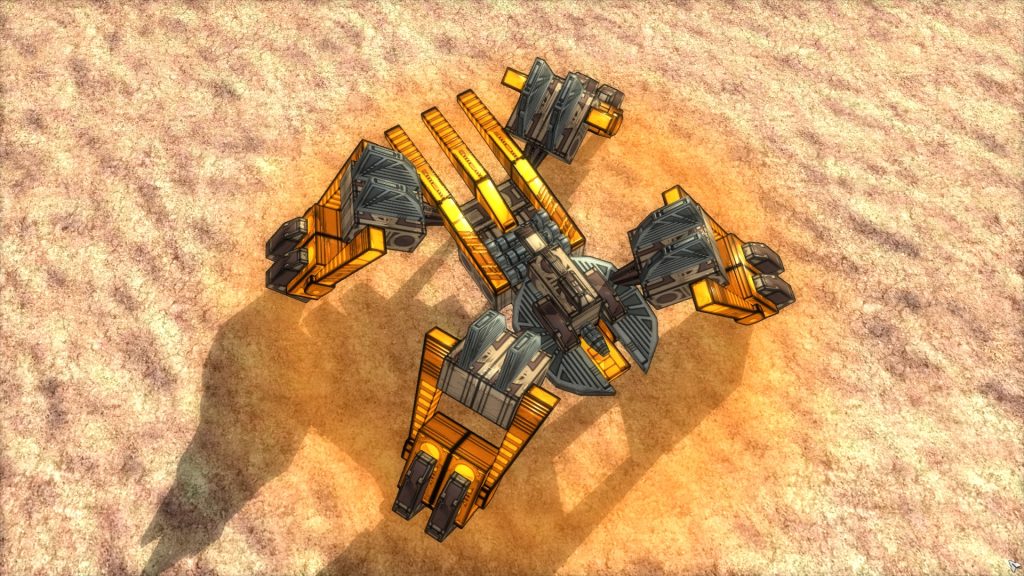 As you can see, the models now have full normal maps and have added reflectivity. Up close it looks nice, but when you are more zoomed out the effect is very apparent and makes all of the units look much nicer in general.

Technically there is only one new unit. The other just got a new model. The newest addition to the game is the Aegis Anti-Air Defense System. Essentially it’s a long range ground to air laser battery. At its maximum range, it is not terribly accurate, but it gets more accurate the closer a target gets. This is due to the way that the laser itself works. It’s a bit hard to explain… It’s more of a visual thing that you will be able to immediately notice in-game. Without further ado, here it is!

And last, be definitely not least, is the new model for the Protector Anti-Nuke Laser Defense System. Instead of just a boring image of the model, I decided to go with an action shot…

There you have it! Go in-game and check this stuff out! As far as visual updates go, it’s a hell of an upgrade, but it needs to be seen in action to convey the full effect.